I was supposed to write this post like 2 months ago now and I’ve only just managed to get around to it because I forgot I wanted to write about it in the first place which, clearly shows how important I thought it was to share with you all.

Kidding. Anyway, about 2 months ago now I watched my first ever anime and I’m here to tell you that I absolutely love love loved it, despite having no interest in anime whatsoever.

It started when my brother asked me to read the manga because he thought I’d like it, and I tried (for him) but I just couldn’t get into it. I was so confused and had no idea what was happening (and yes, dear manga fans, I was reading it the right way) but I just couldn’t follow it at all. I gave it back to him and he told me to try the anime instead because I’d probably understand that a lot better, and so I did.

The anime in question is called Houseki No Kuni, or, its English name, Land of the Lustrous. 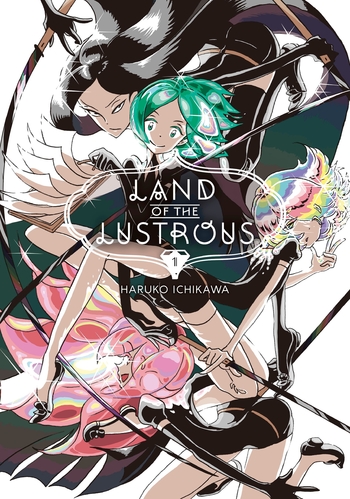 this is the cover of the first volume of the manga

It’s about gems- each gem is named after their respective…gem e.g. Phosphophyllite, Diamond, Cinnabar, Bort, Yellow Diamond etc. and their hair colour also matches their gem colour (and is absolutely mesmerising). My favourite gem hair colour is Dia’s because it’s like this silvery rainbow colour and in CGI 3D HD graphics…it’s the prettiest thing I’ve ever seen. 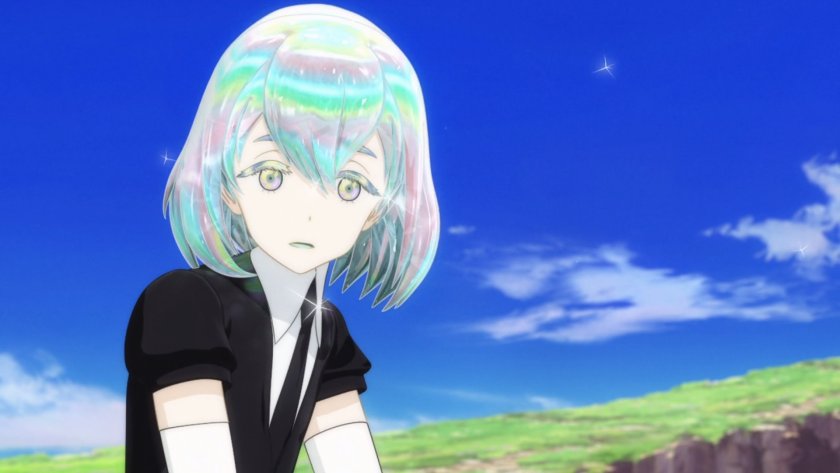 Anyway, these gems live in a school with their Sensei and they train to fight off these people (creatures) called the Lunarians, who live on the moon and keep coming to Earth in an attempt to try and steal the gems so that they can use them for jewellery. 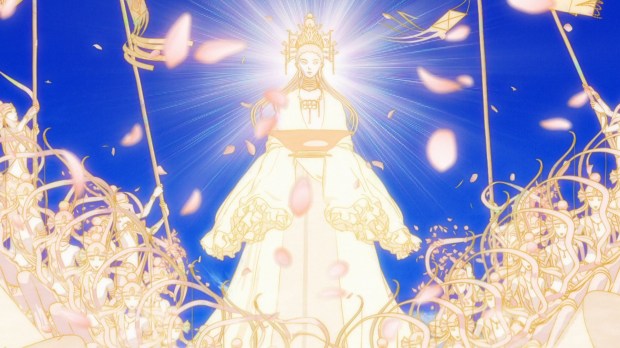 And that’s essentially the plot of the anime. The actual plot if you look it up is that the main character Phos sets out on a mission to find Cinnabar (a fellow gem) a different job other than the night watch. Cinnabar (who is my favourite gem so prepare for information overload incoming) or their Japanese name, Shinsha (and yes, it’s as cute as it sounds) is poisonous and therefore can’t live in the school with the other gems because they’re dangerous, so they live in isolation in the caves instead. Their job is to patrol the land at night to check for Lunarian attacks and therefore alert the other gems if they (the Lunarians) happen to appear. This is the only job Cinnabar can really do because of them being poisonous. Shinsha is quite cold, doesn’t involve themselves with the other gems and rarely speaks, they also think they’re useless and that they don’t serve a purpose because they’ve accepted the fact that the night watch is the only thing they’ll ever be able to do. They patrol the land at night hoping that the Lunarians will appear and capture them because they feel like at least then they’ll be of some use. Phos has a soft spot for Cinnabar and sets out on a mission to find them a better job other than just the night patrol, which is essentially the premise / plot for the whole anime, though of course, so much more happens other than that. 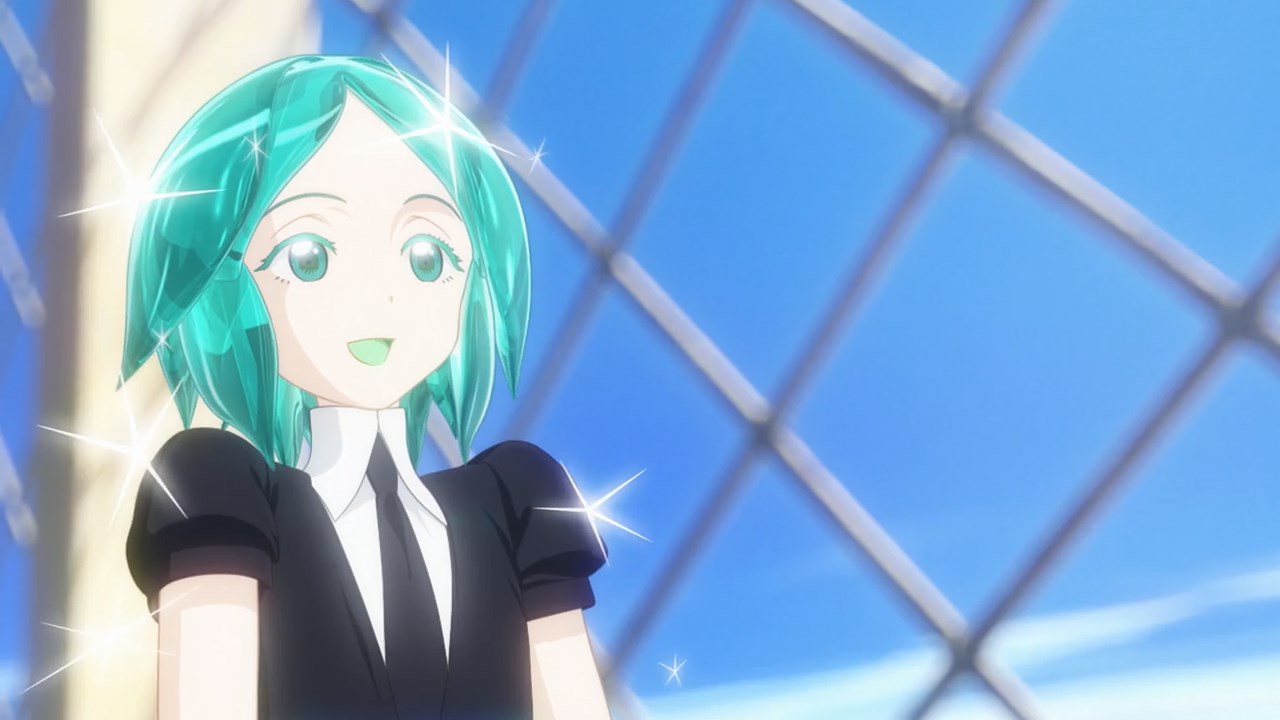 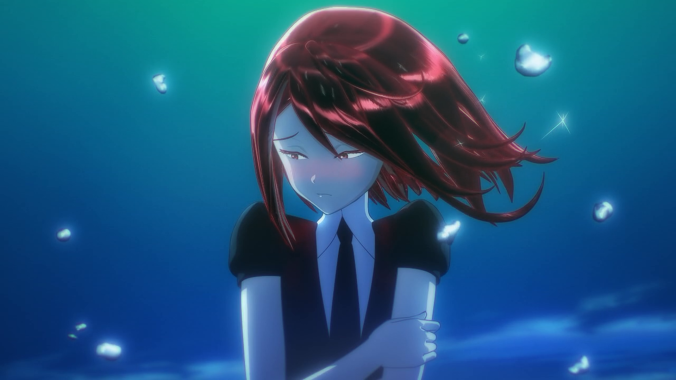 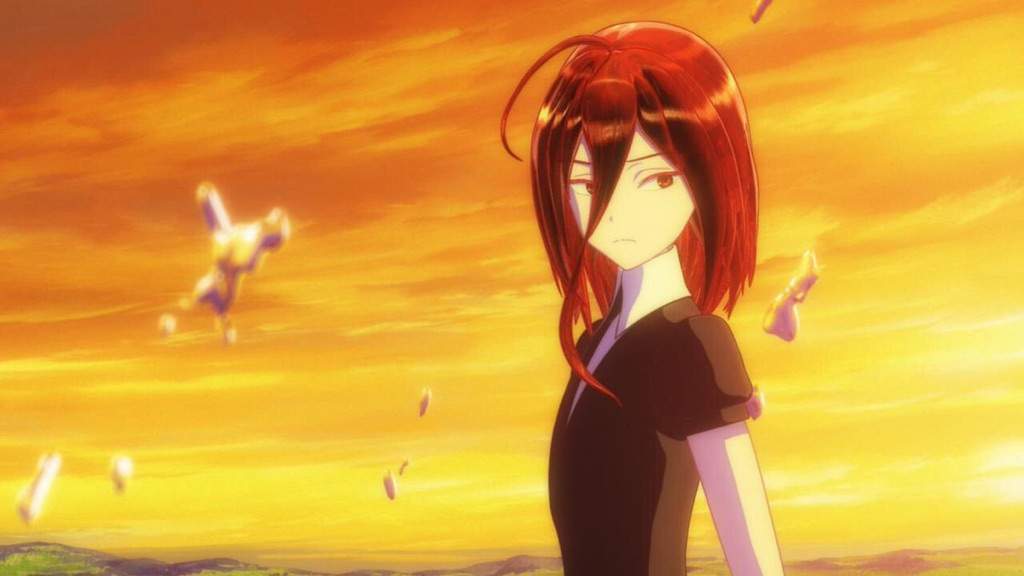 As I said earlier, I don’t really have any interest in anime (otherwise you know, you would’ve heard me non-stop talking about it on the blog *cough* Kpop *cough*) so I wasn’t really expecting much when I first started watching it however, I was so pleasantly surprised. Granted, this anime in particular is a lot different to traditional animes in the sense that it’s 3D and uses all these fancy graphics as oppose to normal animes that are 2D and don’t have all the fancy stuff to go with it but nonetheless, this was one of the best things ever and I loved it so much.

I didn’t know if me loving my first anime this much was just a fluke and so in the meantime I’ve tried to watch other ones but unfortunately, to no avail. None of them compare to Houseki No Kuni! A lot of people told me it was both a blessing and a curse to have watched this as my first anime because it really is one of the best ones out there and so everything else in comparison doesn’t seem half as good, and unfortunately it looks like they’re right. I seriously love this anime sosososo much and nothing else compares to it, I’m so sad:(

The manga is currently on volume 9 but the anime is only on season 1 and it doesn’t look like there’s going to be a season 2 anytime soon, which breaks my heart because I want one so bad !! But unfortunately it looks like we’re going to have to wait (forever maybe, because they might not even make a season 2 at all). I keep checking for updates all the time! I’m praying.

like ??? are you kidding ??? THE GRAPHICS ?? this is alexandrite btw

But in the meantime I’m still looking for new animes to distract myself away from the tragic reality that I won’t be getting a new season of Houseki No Kuni anytime soon so, if any of you have any anime recs please let me know because I’d love to find some more that I like ☺️ I’m going to try the Studio Ghibli anime movies next because they look so beautiful and I’ve heard way too much about them.

I don’t know what the point of this post was but I guess I just like to share things with you guys, and also to say that even though I have / had no interest in anime I’m so glad I watched this show because it’s now one of my favourites! So even if you don’t like anime but you’re looking for something good to watch, I’d recommend Houseki No Kuni 100000%.

I included this in my last monthly music post but this is the intro to Houseki No Kuni and it’s seriously one of the most beautiful things ever. The song is so beautiful and the graphics are insane as always, the whole thing is just so mesmerising. Like seriously. Every time I watch an episode I always watch the intro all the way through and never skip it because it’s just that good. Phos also opens up when the beat drops too which is just…the coolest (0:11). Here you go. You’re welcome.

p.s. I know you all think I’m crazy but I’ve seriously formed an emotional attachment to these gems I’d literally die for all of them I’m going to adopt them all and become the mother of all gems thank you and goodnight 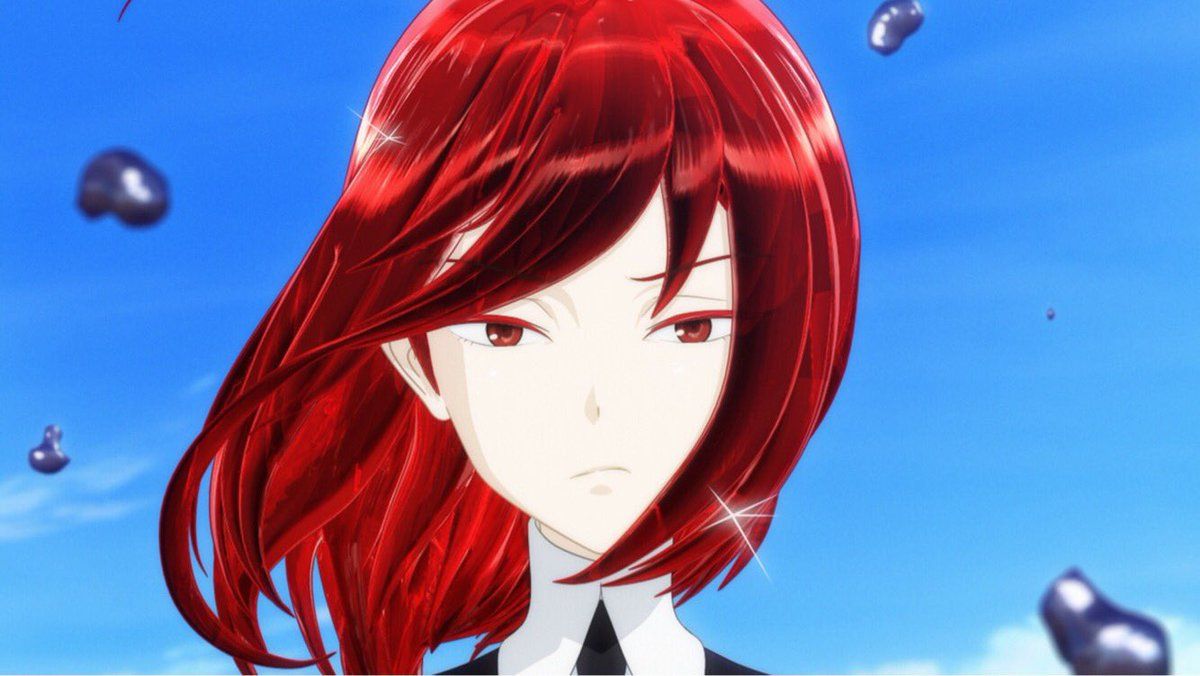 one more pic of cinnabar bc i love them sm :(( ok i really am going now goodnight

14 thoughts on “i watched my first anime & it was great”